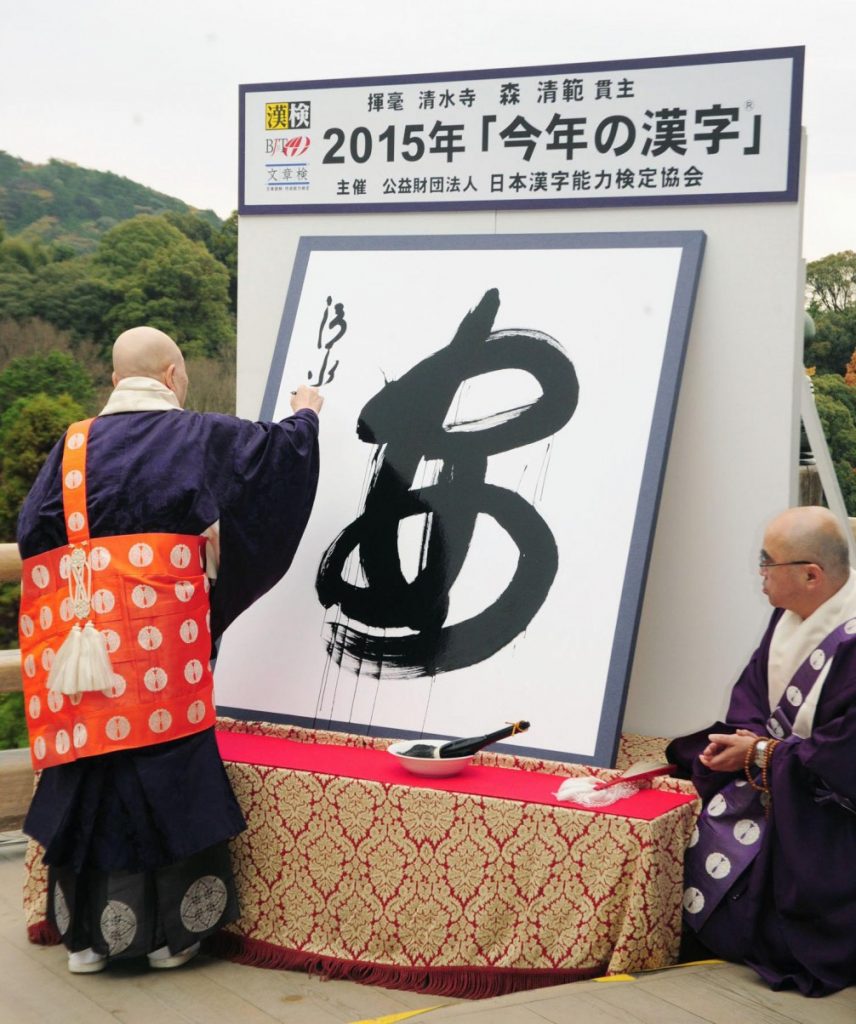 Perhaps this word has been chosen after the governments debate of  breaking Japanese pacifist constitution rule and sending soldiers to war and the recent terrorist attacks. This Kanji has also been a word much used in some media with humorous tone or some issues in economics

In 2011 the word ‘Kizuna’ relationship or bond was chosen after the huge earthquake and tsunami. It symbolizes the solidarity and union of the citizens after this terrible event

1 thought on “The Kanji of the Year in Japan”

This site uses Akismet to reduce spam. Learn how your comment data is processed.